where do all my hairbands go?

one thing holly always gets on my case about is hairbands. not that i use them, but that i’m constantly restocking them. it’s very irritating because what she doesn’t understand is that i can’t find any of them, ever.

like small no-show socks that get eaten in the dryer (actually, i bet it’s the washer), it’s a complete mystery to me where in the hell my hairbands go. true, if i clean out my purse at any given moment, i may find, say…5 to 10, depending on the size of my purse. however i never ever find any of them when i need them, so i go without in the car when holly has the windows down on the highway and we arrive at our destination with me looking like bridget jones does in the first movie when she and hugh grant check in at that hotel. you know the scene. 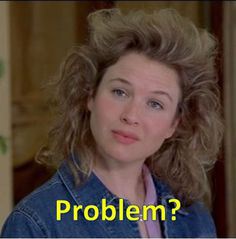 why, no, i actually couldn’t find a hairband in the car. and yes, the windows were open. why do you ask?

i actually find it pretty annoying that holly complains when we’re walking in target and i covertly grab a pack (SHE ALWAYS SEES ME. THIS IS THE PROBLEM WITH HAVING A SPOUSE THAT IS ROUGHLY ONE-TWELFTH NATIVE AMERICAN. SHE HAS SUPERSONIC SENSES AND SEES AND HEARS *EVERYTHING*) and she sighs and says BABE MORE HAIRBANDS? and i’m like YES BABE. MORE HAIRBANDS. i don’t care if people stare because i’m shrieking in target. she has short hair. she’ll never understand the plight of people that need an excessive amount of black hairbands because they can never find any. one day they’ll find the mysterious cause of missing hairbands and then she’ll apologize because it wasn’t actually my fault.

it’s annoying how she complains about things she’ll never understand. unless she grows her hair out, which she’ll never do, despite my pleading that she’d look soooo cute with a headband. (she has a beautiful forehead! an artfully selected headband would only highlight this fact.) but no. instead she takes me to home depot and lowes, which i hate. the moment we walk in i swear i feel like falling asleep. right where i am. in the plumbing aisle while she looks at metal pipes to build things with. on the concrete floor. right there. on my feet. or curled up in a ball on the floor.

we were in home depot last week, in that damn plumbing aisle, and i was like, doesn’t this place have any CHAIRS for people like ME who HATE IT HERE? they have chairs near dressing rooms for men and other people that loathe shopping but must endure a loved one trying on clothes. i mean, it doesn’t even need to be a cushioned chair. i’ll take a FOLDING CHAIR, for crying out loud. i know you sell them here! friggin put out a folding chair! damn!

at least in ikea i can escape into one of those make-pretend living rooms and sit on a futon. or hang out in the cafe and eat swedish delicacies or at least have a cone and a cup of decaf from the snack bar. but home depot and lowes, man, there’s just no escape. so i usually act out until holly sighs and says, “ok fine. let’s go.” once we get in the car, my entire body relaxes and i suddenly feel quite rejuvenated. but my rejuvenation is typically replaced by guilt because i know she wanted to stay. so instead i suggest we get some gelato so we both can feel better. and that’s what’s called emotional eating. the end.

2 responses to “where do all my hairbands go?”