remember that time we got in a fight before downton abbey and i made you watch it by yourself? 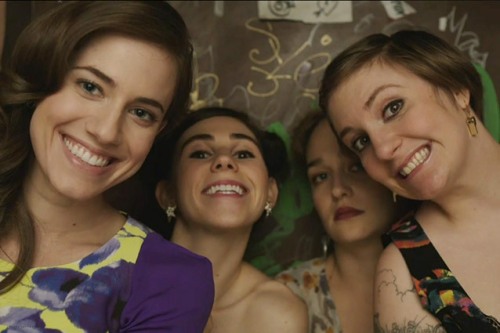 I MISSED GIRLS, TOO. NOT HAPPY.

i barely remember what happened in the last episode of downton abbey (season 4, episode 4) because it’s been so long since i watched it. actually. actually no. it hasn’t been that long, i guess, because i watched it monday, not sunday, because holly and i got in a fight sunday night and i made her watch it by herself, which pretty much killed me because i desperately wanted to watch it, just not next to her because i couldn’t stand to be around her because i was so irritated.

doesn’t that suck? when you get in a fight with your spouse/mate/significant other right before your TWO FAVORITE DAMN SHOWS, WHICH RUN BACK TO BACK, AND THEY’RE NOT NORMAL SHOWS EITHER. NO, YOU HAVE TO WAIT A DAMN YEAR FOR A NEW DAMN SEASON AND EVERY EPISODE IS LIKE A LITTLE POT OF GOLD (sunday night is a twofer: downton abbey, then Girls on hbo, which hello. best show ever.) and then you’re so mad you want to punch them in the throat, not only because they’ve wronged you but because they’ve ruined everything. the night is ruined. the shows are ruined. and the only way you can avoid said punch is to walk away, which means you have to walk away from the tv also. don’t you hate that?

anyway, i guess this post needs to address the last episode at least a little. so here’s some commentary based on what i can remember, which, admittedly, is not that much.

-the cooking teacher. the french guy? did anyone understand what the hell he was saying? because i sure the hell didn’t.

-“her ladyship’s” new “lady’s maid”–obviously another freakazoid weirdo! cora is so…i don’t even know. i’m beginning to think her and her asshat husband deserve each other. i remember going to a farm as a little kid for a school trip and there were turkeys there. i looked at a turkey, at its eyes, and it was like, there was just…nothing there. and i wondered: what’s behind those eyes? do they even have a brain? that’s what i’m starting to feel about cora. also: does she suck helium? oh well. at least she likes orange juice. at least there’s that.

-mary’s really swinging some zingers at edith these days, isn’t she? geesh. (WHY’D EDITH GO TO THE DOCTOR? WHY? OMG WHY.)

-poor daisy. why’s she always pickin the wrong men?? the first one’s a homo. the second one dies. the third one doesn’t like her back. she’s really not all that bad. daisy needs a man. so does thomas. i stand by my earlier statement that thomas would be a whole lot nicer if he had a man. i’m sure he’d have better coloring, too.

-why’s lord grantham being all nice and whatnot to that farmer? give him time. i’m sure he’ll screw everything up.

-mr. bates is going to do something bad. we all know this.

-the new gardener. the letter opener. i have no idea. these ladies need more to do.

-molesley: still an idiot. i called that one last season.

when downton abbey was over, holly called up to me and asked if i wanted to watch Girls with her down there or did i want to watch it upstairs with her in bed. i told her i was too tired to watch it, which was a lie. what i really was saying was: DON’T EVEN ASK ME. COME UP HERE AND CUDDLE UP NEXT TO ME AND LET’S WATCH IT TOGETHER WHILE YOU APOLOGIZE FOR BEING A JERK. THEN EVERYTHING WILL BE BETTER AND THE NIGHT WILL NOT BE COMPLETELY RUINED AFTER ALL.

instead of reading between the lines she was like “you sure? okay.” and she watched it downstairs without me.

OH MY GOSH DID THAT MAKE ME MAD. sometimes i wonder: why did i even bother marrying a woman? why did i struggle coming out of the closet the way i did? why am i even gay? she thinks like a man. she acts like a man. she doesn’t understand that when i say something i actually mean something else.

anyway, i was so mad i couldn’t even watch Girls upstairs in bed. instead i turned on the grammy’s and stewed and listened to holly watching Girls downstairs by herself. then i got madder. it was a vicious cycle. i tried breathing out the bad feelings down to my feet the way my acupuncturist says do so but it was no use.

when she came upstairs, i shut my eyes and pretended i was asleep. i made sure i was way the hell on the other side of the bed, too, so she couldn’t put her doggone cold feet on my legs. OHHHH NO. YOU GONNA USE ME AS YOUR PERSONAL HEATING STATION YOU BEST NOT BE WATCHING GIRLS WITHOUT ME, UH-UH NOT HAPPENING. WARM UP YOUR OWN DAMN FEET DAMMIT.

so yeah, we made up the next day. of course we made up, we always do. part of making up was, of course, making her watch both downton abbey and Girls again, which was all about death and kind of upsetting. the fact that holly watched these again with me means that she loves me. even though she was on facebook on her phone or her ipad or whatever. she loves me. this is what marriages are made of people. compromise.

Posted in freaking out about virtually nothing, friggin a, tv i really shouldn't be watching

i thought i might have something funny to say about last night’s downton abbey until the last five minutes. let’s put that aside for a minute while i share some general insights:

1. i really had no idea what the hell was going on for, like, the first 10 to 15 minutes of the episode. who were all of these people and why were they there? i turned to holly and was like: “did we miss an episode? do you understanding what’s going on?” and she was like “no.” so that was a relief that it wasn’t just me. during those first 10-15 minutes i also could understand even less of what they were saying than usual. i feel like it was a huge backslide for me. i’m not used to smart tv like this and it takes work for me to keep up. try to keep the connections between the episodes stronger, ok, pbs? work with me here.

2. did anyone else notice how mary was riding that horse?? SHE WAS RIDING IT SIDEWAYS. this was, like, a thing back in the day? that’s some mad skillz, mary! get it girl! and that guy totally likes you and he’s pretty cute! and you be talkin SHOP with him! wearin purple and sh*t! day-um.

4. lord grantham: STILL AN IDIOT! how do you NOT know how to talk to a singer?? idiot! making her eat her dinner alone in her room….seriously. every episode i wonder how cora married him. and then she opens her mouth and i’m like: oh.

OH YEAH AND THIS TIME HE GAMBLED ALL THE MONEY AWAY. good thing edith’s old man was there to save your ass! someone’s always savin your ass, rob! get a clue. stop talking and just…go to bed. take off your damn bathroom and go to bed.

5. apparently william the footman knows how to cook? he can make, like, dill sauce? for fish? while poor mrs. patmore has a panic attack? and what if she *was* having a heart attack? how long did it take for that doctor to come over? probably something like 90 minutes! this show makes me glad to live in 2014.

6. i knew that kind of new girl–whasser face, cora’s new ladymaid or whatever? i knew she was up to no good. pumping poor branson with alcohol. not looking forward to seeing how this plays out.

ugh. i don’t even think i can go on. #1. i haven’t had breakfast yet. #2. i’m too shocked and depressed. this show is going in a dark direction and i don’t think i’m ready for it. i’m going to have to rewatch the first two episodes of girls (OMG JESSA NOOOOO) so i can forget about it. this is why i only watch golden girls/friends/will & grace reruns, millionaire matchmaker, and snooki & jwoww. sigh. until next time…yours truly in irreverent-ness & non-english-ness, jessica

Posted in friggin a, tv i really shouldn't be watching