we watched “poltergeist” the other day. that was a mistake.

you can add this to my list of recent bad decisions, including but not limited to after-lunch hula hooping (i hiccupped every five minutes for about, oh, five hours) and other things of which i am purposely forgetting at the moment which may or may not include getting into a fight with the sushi guy at whole foods.

if you’ve read this blog even one time before, you’d probably guess that i’m not emotionally or physically hearty enough to watch horror movies. i watched jennifer’s body like three years ago for one damn kiss scene but i nearly collapsed from fright in the process. was it worth it? no.

seven years living in this city has given me some sort of post-traumatic stress disorder–except for the trauma isn’t actually over, it’s ongoing–in that blocks and blocks of boarded-up houses and you know, zombie heroin addicts don’t freak me out, but if i see a shadow in my own house i freak the f*ck out. or  a friggin firework goes off a few blocks over, i think it’s actually a gun and shout HIT THE DECK to holly, who’s sitting calmly on the couch looking at me, smiling as if to say oh baby, i love you. but could you please calm down a little bit maybe sometime?

i was feeling particularly curious (never a good thing with me) a couple weekends ago. holly was flipping through our endless comcast cable guide and i saw poltergeist was listed.

oh poltergeist! i said, half-kidding. let’s watch that!  and you know what? she turned it on.

watching it was a mistake. i knew it would be a mistake the moment we turned it on and yet…we watched it anyway. even though the “special effects” were 80s and therefore sub-par, it still shook me to the core.

DON’T LAUGH I HAVE A VERY SENSITIVE SYSTEM. PLUS THIS WAS A VERY SCARY MOVIE BACK IN 1982.

shortly afterwards i heard a kid yelling outside (there are a ton of kids where we live) and i was like sh*t! is she stuck inside the tv? WHAT IF THAT IS ACTUALLY NOT A KID OUTSIDE BUT A KID STUCK IN OUR TELEVISION.

i managed to calm down but then i kept thinking about that weird little old lady. the ghost-fighting lady? the one they call in for help when they’re desperate to get the little girl back and rid the house of ghosts? i kept thinking of how she looked and her voice and her huge glasses and the things she said and i was like shit! that was really freaky! she was really freaky! also: why did she say the house was “clean” when it clearly wasn’t?!! if she knows everything there is to know about ghosts wouldn’t she, like, know? that the house wasn’t clean like she said it was? that freaked me out for some reason.

then when it was quiet in the house (our house) i started thinking about all those decayed old bodies, you know, the skeletons? with the hair still on their skulls? popping up in the rain…when the mom’s stuck in that huge hole with all the water in it? while her kids are upstairs, like, being attacked by that big ghost and it’s trying to suck them into the other side? and coffins keep popping up from the ground? and they swing open and bodies fall out?

and the DAMN CLOWN. that damn clown toy in the kids’ room! that is burned into my brain now. i need brain bleach! do they make that??

i also thought about the weird red jello-type stuff that was stuck to the mom and the little girl when they fell through the ceiling. what was that anyway? ew!

and THEN, then i kept hearing the dad shout at the evil boss:

YA MOVED THE HEADSTONES BUT YA DIDN’T MOVE THE BODIES! WHY? WHHHHHYYYYYY?

after it was over, i had to sun myself outside for 15 minutes, which, as you may know, is the minimum amount of sun needed for your body to produce mood-enhancing vitamin D.

i have no memory of the rest of the day because i blacked out. but i’ll tell you what helped me a couple weeks later:

watching st. elmo’s fire. which i had never seen before. it’s a pretty good movie! here are some reasons why: 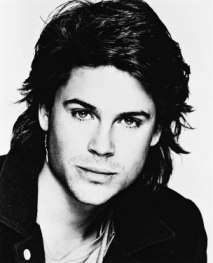 look at that bone structure! gorgeous!

some good 80s sax really calms the soul. and when i say calms the soul, i  actually mean makes you stop thinking about that weird red poltergeist jello sh*t.

5. the nerdy girl GETS THE GUY! 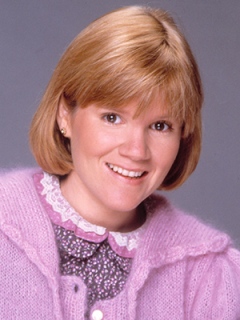 6. i googled where it was filmed while i was watching and some of it was filmed at my alma mater, university of maryland, college park. HOLLA CLASS OF 2000! SCHOOL OF JOURNALISM WHAT WHAT. look at me now! i blog in lowercase! WHAT!

7. the theme song. hello. that’s some good instrumental sh*t! if that can’t make you forget about the damn red poltergeist jello, the clown, and the little girl in the tv, i don’t know what can.

thanks for the memories, guys! i’ll never forget you. if i had your yearbooks, i’d write, “never change!” in each one of them. except you, demi: you need to stop smoking. and the cocaine. thanks for that sweet sax, billy. rock on, nerdy girl. if you wanna be a social worker, you go ahead and be a social worker. your dad will get used to it.
always ‘n foreva, jessica

6 responses to “we watched “poltergeist” the other day. that was a mistake.”